Mudra Nidhi
Home UPI How to Use UPI 123Pay?

UPI is a revolutionary payment system that has revolutionized the way people pay for Goods and Services.

NPCI has made sure that the UPI is universal and can be used by anyone therefore, they have released a payment service called UPI 123Pay.

In this payment system, you do not need to have internet or a smartphone for transactions, you can do that simply by using your feature phone.

In this article, we will discuss what is UPI 123Pay and how to use it.

It is a unique payment service that allows you to transact using a feature phone as well. A feature phone is an old-school phone which does not have access to the internet and is only used for phone calls or messages.

It uses the USSD code for transactions and UPI 123Pay allows users to make payments directly from their bank accounts, without the need for the internet or a smartphone.

It is a convenient and secure way to make payments for goods and services and removes any technology barrier that had stopped many users from adopting UPI.

There are four ways are using which you can pay through UPI 123Pay. You can follow these steps to use UPI 123Pay for enabling and transferring funds using the UPI 123Pay-

Payment through functionality implemented by OEM

Payment through Sound based technology

No, UPI 123Pay uses the USSD network which is a network used by your phone carriers to provide its service. You only need to have a good connection to your mobile to make UPI 123Pay network work.

Can UPI Payment be reversed?

Can I use UPI 123Pay without access to my registered mobile number?

No, you cannot access UPI 123Pay without your registered mobile number, you must have access to the UPI 123Pay for using UPI 123Pay. 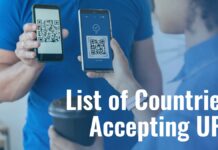 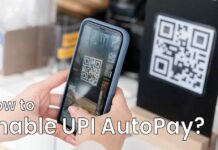