The new MV rule that comes into effect from 1st October 2020, allows vehicle owners to keep the physical copied of their vehicle-related docudments at home if all such documents have been validated through electronic means. Now, vehicle owners would not be required to carry the baggage of physical copies of documents for inspection.

The Ministry of Road Transport & Highways has brought in such changes for promoting digitization, implementing traffic rules, and saving harassments of the drivers in the hands of the traffic police. This important step towards commuter convenience would be applicable on digitization of all vehicle-related documents like driving licence, vehicle insurance, RC, e-challans, and maintenance of vehicles from 1st October 2020 through an online information technology portal. Under this new rule, you are allowed to save the copies of the important documents on your mobile devices which can be presented as a soft copy to the enquiring police officials. Driving licence and other vehicle related documents such as registration certificate could be saved online in government’s Digi-locker or m-parivahan.

All the vehicles who have undergone validation via electronic means would be exempted from any physical inspection, in an effort to increase commuter convenience. In the instance of a revoked or disqualified driving licence, the same would be updated and recorded by the licensing authority in a chronological manner in the portal.

In a recent notification, the Ministry of Road Transport & Highways (MoRTH) released information on various amendments in Central Motor Vehicle Rules 1989 that required the implementation of enforcement, Maintenance of Vehicular Documents and e-Challans through an online portal with effect 1.10.2020 for enhanced monitoring and enforcement of MV Rules. The usage of IT services in electronic monitoring would ensure superior enforcement of traffic rules within the nation and be a strategic step towards the removal of driver harassments. The recent changes in the traffic rules increased the powers of the traffic police who fined high amounts from the general commuters. Now the current amendment puts back the power in the hands of the citizens who would be saved from needless fines and harassments.

Since, the 2019 amendment in Motor Vehicles Act, a move such as this was required to remove all types of harassment for the vehicle owners and save them from needless fines. According to the government, “The amendment inter-alia provides for the definition for Challan, Portal inserted as a requirement for providing the services through IT and further the enforcement of electronic monitoring and enforcement”.

There will be a chronological recording of the details of driving licences which have been revoked or disqualified by the licensing authority. All such records would be updated in the government portal and would be reflected on a regular basis to maintain an electronic record of the commuter behaviour. In case of a traffic violation, an e-challan would be issued from the government’s digital portal. Moreover, the record of the traffic official who revokes the licence, or issues the e-challan would also be maintained, and every time a driver of a vehicle is inspected, the same would be updated in the system.

Provision for Both Physical and Electronic Copy

Under the new government mandate, now the commuters and owners can present either physical or electronic copy (whichever is easier) of the vehicle and driving related documents to the inspection authority. The certificates could be produced and obtained in both physical and electronic format and their validity would be authenticated by the identification of the issuance and stamping officer which would also be recorded alongside the owner and the associated documents. In the instance of a valid electronic document, there would not be any requirement or request for a physical document, including cases where an offence has occurred and there is a need to seize the appropriate documents.

“Further upon demanding or inspecting any documents, the date and time stamp of inspection and identity of the police officer in uniform or any other officer authorized by the State Government, shall be recorded on the Portal. This would help in unnecessary re-checking or inspection of vehicles and further would remove harassment to the drivers,” the statement said.

The government has further added that specific amendments in the Motor Vehicles (Driving) Regulations 2017 have been undertaken to align it to the Amendment in the Act such as the usage of handheld device, and the inspection of documents in electronic form. As a result, the usage of a handheld communications device for route navigation is allowed if it does not disturbs the driver’s concentration in the task of driving. 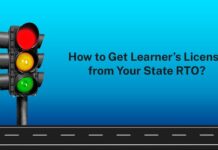 How to Get Learner’s License from Your State RTO? 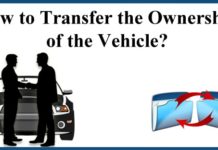 How to Transfer the Ownership of the Vehicle? 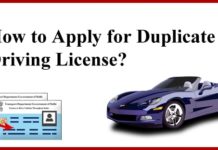 How to Apply for Duplicate Driving License?