In this column, you’ll find out details on the Government’s new Vehicle Scrapping Policy, the subsidy that you can avail of, RTO rules, etc.

The Government of India was working towards drafting the vehicle scrapping policy for India to promote electric vehicles.

Promoting e-vehicles will benefit India in many ways by reducing the dependency on crude oil imports, reducing carbon emissions, and overall push for the auto sector to increase its sale.

Shri Nitin Gadkari, Road Transport & Highways Minister recently announced the Vehicle scrapping policy of India, which focuses more on proving people incentives to buy a new car and scrape out the old ones.

The policy also imposes penalty charges on old vehicles for re-registration of the vehicle which demotivates the vehicle owners in maintaining their old cars.

When you couple the vehicle scrapping policy and electric vehicle subsidy, an individual buying a car get high incentives when he purchases a new Electric car.

In some states like Maharashtra, you can get a combined subsidy of Rs.4-5 lakhs subsidy for buying e vehicle along with scrapping your old car.

What is a Scrap Car?

A scrap car is a car that is no longer deemed fit to drive by the law. It has nothing to do with the functionality of the car meaning if a car runs well but is older than 15 years (like in Delhi) then also the vehicle will be considered as a scrap car.

Different states have different policies for considering the vehicle as scrap like in Karnataka any vehicle that does not function is considered a scrap car instead of the age limit.

To motivate the citizens in adopting new vehicles, the Government of India has imposed high penalizing charges on old vehicles. The following are the high charges different services for a vehicle older than 15 years-

RTO rules of selling of car as scrap in India

The following are the rules the new vehicle scrapping policy has-

How can I scrap my car and avail subsidy in return?

The entire process of scrapping your car is explained below-

Valuation of the Old Car for Scrapping

The valuation of the old car for scrapping is as follows- 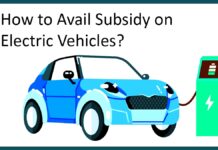 How to Avail Subsidy on Electric Vehicles? 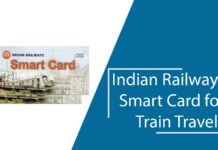 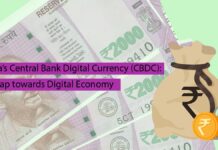 How to Apply for Bank of Baroda Debit Card?